Preemptive Strikes and Weapon Brandishing,
or “Officer, The Guy in the Red Hat Started It.”

Preemptive strikes and brandishing. How are these two subjects connected? In an unarmed preemptive strike, you are detecting an impending attack upon yourself. You are making an educated or uneducated guess, smart or not smart, and you slug the other guy first before he slugs you. With brandishing a weapon, you are detecting an impending attack upon yourself, and with an educated guess or not, smart or not, you somehow display your carried weapon with just a peek or a flash of a jacket or vest, or…do a full pull out of a pistol, knife or stick. 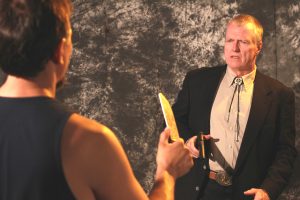 In my Stop 1 Showdown-Standoff training module, and in the Level 1 of the hand, stick, knife and gun courses I teach, we cover sudden, unarmed attacks, and a whole lot of weapon draws. Stop 2 through Stop 6 and Levels 2 through 9 cover the mixed weapon, standing though ground, follow-ups. But…so, in the auspices of the Stop 1 boundaries, and in the Levels 1, it is imperative to discuss these two violence initiating subjects. Who does the physical initiation?

Unarmed Preemptive Strikes
The topic of preemptive striking and kicking a pending attacker has always been suggested in martial systems. So many folks think this is the best idea. But there are a few drawbacks. Just a few. “Red hat” drawbacks, I’ll call them. In recent years there have been a lot of YouTube videos of superstar, fad martial artists beating the snot out of a training partner who is just standing still, hands hanging down, before them. Presumably there has been an argument to kick this off? The two are close and our hero springs forward, slaps, pokes, shin kicks and smacks the other guy down in a pile, in one second. The surrounding crowd is thrilled with his amazing skill. So amazed, I hear that he charges some $800 for a two day seminar.
Where’s the “red hat” come in? It just helps define whose-who and whats-what. If the superstar is wearing a red hat, witnesses will report to the police,

“Officer, those two guys were just talking, and the guy with the
red hat hit the other. He started it.”

Handcuffing ensues. Of you. I am not saying that preemptive strikes are a bad thing, they might be wonderful at times. It just can be tricky in the big picture (especially with witnesses around.)

Weapon Brandishing
In simple terms, is just pulling a stick, a knife or a gun always sheer brandishing? When is it? When is it not? Like with an unarmed preemptive strike, what is the pre-draw situation? Federal law defines brandished as:

In Canada, a weapon is referred to in legalese as an “object.”  So, one must do a dog-and-pony show on what “object” was used in the situation. Pencil? Screw diver? Tooth pick? Potato chip? Thumb? (Thumb? Actually, few, if any – there’s always one wacky place – regard unarmed tactics as a “weapon,” and the myth of karate-people required to register their hands as lethal weapons is just that – a myth.)

The US Carry webpage says, Brandishing a weapon can be called a lot of different things in different states.
– “Improper Exhibition of a Weapon.”
– “Defensive Display.”
– “Unlawful Display.”

Retired special operations Ben Findly advises, “…‘brandishing’ or ‘improper exhibition’ or ‘defensive display’ or ‘unlawful display’ (or whatever your state and jurisdiction calls it) depends specifically on your state and jurisdiction. Very generally, however, for an operating definition “brandishing” means to display, show, wave, or exhibit the firearm in a manner which another person might find threatening. You can see how widely and differently this can be subjectively interpreted by different “reasonable” individuals and entities. The crime can actually be committed in some states by not even pointing a firearm at someone. In some states it’s a misdemeanor crime and in others a Felony. So, focus, think rationally, know your state’s law, and be careful out there.” 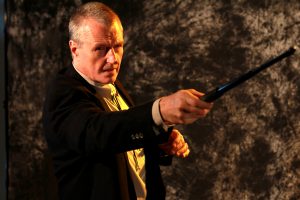 In other words, say you are the one wearing the red hat again. Things go bad and you try to scare off trouble. You pull your jacket back to show a weapon. Or, you pull a weapon to scare off this problem person, what will the witness say?

“Officer, they were just arguing and the man in the red hat pulled out a big ___!”

A quick review of several state, weapon brandishing laws include  words as legal terms like:
– rude, (was the gun-toter obnoxious and rude?)
– careless  (was the knife-toter waving it around?)
– angry, (was the stick-toter yelling and red-faced?)
– threatening manner…

…threatening manner? What? For many the whole point of aiming a stick, knife and gun at a brewing bag guy is to be threatening! What then is the line between a smart preemptive strike, a smart weapon show or pull and a crime? How can we make it all become justified self defense?  As a cop of three decades, I am alive today because I pulled my gun out a number of times, just before I REALLY needed it. This idea can work.

The remarkable researcher and police vet Massod Ayoob says, “When an unidentifiable citizen clears leather without obvious reason, folks start screaming and calling 9-1-1, and words like “brandishing” start being uttered. Thus, circumstances often constrain the law-abiding armed citizen from drawing until the danger is more apparent, which usually means the danger is greater. Therefore, often having to wait longer to reach for the gun, the armed citizen may actually need quick-draw skills more than the law enforcement officer.

A. Nathan Zeliff, a California attorney reports, “Brandishing – drawing your firearm pursuant to a lawful act of self defense should not be considered “brandishing”. However, if it is determined that you drew your firearm and the facts and circumstances show that you drew or exhibited the firearm in a threatening manner, and that such was not in self defense or in defense of another, then you may face charges of brandishing.”

I am not to sure this brandishing topic comes up all that much? Or not enough. So, here’s some collective words of wisdom on the subject. A collection of advice looks like this:

Witnesses and “pointed-at, victims” can be stupid, bias and vindictive. They have cell phones and big mouths. And, don’t get caught wearing the red hat! 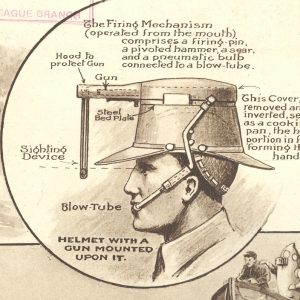 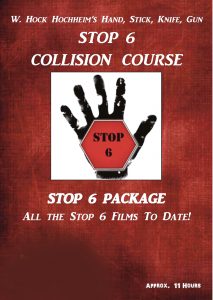