“Bridging the gap between the police, the military, the martial artist and the aware citizen!”

“Plan for Chaos. Train for Chaos, Thrive In Chaos!”   (I used this for decades, and then “curiously” many others used this too. – Hock

“Hello, and thanks so much for visiting our Scientific Fighting Congress self-defense overview page. The information about Close Quarter Concepts here represents my life work and the direction the last three, almost four decades have taken me. At this site you will find the complete hand, stick, knife and gun outline of the entire Close Quarter Concepts Group course, plus photos, books and CQC Training Schedules. I believe you will find the equivalent of a college level and doctoral course on combat here. There is much more info about courses, seminars and camps on other pages here. All the courses are listed below. For now, just keep scrolling down and learn more about how we can help you meet your self-defense goals. The Force Necessary CQC Group developed under the umbrella Scientific Fighting Congress division is an accumulation of the four separate, hand, stick, knife and gun programs. You can learn each course individually if you wish. Train for rank or just for knowledge.” – Hock

From Epiphany to Doctrine By W. Hock Hochheim

I saw it all coming together into the true essence of combat when I launched The Scientific Fighting Congress many years ago. I came to understand the only reason I learned and taught fighting systems was to defeat two targets, the enemy soldier and the criminal, not to pass on grandmaster dynasties, become a trophy/sport champion or to preserve art for the sake of tradition.

We fight criminals, enemy soldiers and our drunk uncles (which is to sarcastically say our friends and relatives). There are two ways to defeat the enemy in close quarter combat, less-than-lethal means and lethal means. In short-sometimes we take them prisoner and sometimes we have to kill them. A competent warrior can do both as legally, morally and ethically needed in a proper use-of-force continuum. Every conflict is situational. If you want to defeat the enemy soldier or the criminal, this is the system for you.

Most martial arts are one-dimensional. Boxers box. Wrestlers wrestle. No one system, such as karate or BJJ to quickly name two, or no one discipline, such as military science, holds the answers to every scenario in crime and war, close quarter combat. I began to forge a course that bridges the gap between the police, the military, the martial artists and the aware citizenry. This education never ends and is ever-changing. This is the concept that made The Scientific Fighting Congress a reality.  It’s a system that others have attempted to copy and failed.  We are unique.  This is the original program that Hock devised and that continues to grow and improve.

To structure it as realistically as possible, I used a “reverse-engineering” approach by starting with the fight first and working backward in probabilities. After decades of real world, hands-on experience and training, in 1996, I began to organize all my fighting tactics and strategies into one comprehensive program called the Close Quarter Concepts Group. The CQCG is made up of four separate, primary foundations, the first four listed here.

All training is expressed in The Scientific Fighting Congress is in a “Modular Concept.” A module includes learning the basics of execution of a particular tactic, troubleshooting common counters to the tactic, skill and flow drill development of the tactic, counters, and then using the tactic in standing, kneeling and ground positions fighting with and/or against unarmed, stick, knife and gun weaponry. I believe in an organization of material that follows this macro to micro progression:

Epiphany. It is here for you already. Are you ready for the next step?

Year 2000. One of the first, multi-day camps, attended by 63 dedicated people at a US Army military base. 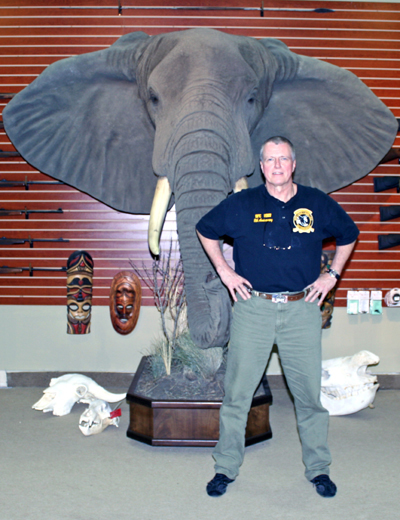 W. Hock Hochheim teaches self-defense to military, police and savvy citizens in some 25 seminars in 11 allied countries annually (barring Covid!). To learn more, select one of the courses from the course menu at the top of this or any other page at this site. or email Hock directly at: HockHochheim@ForceNecessary.com for additional information.