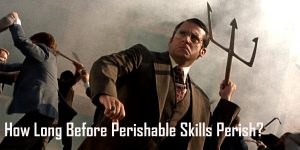 It seems we human through the ages, always knew we need to keep training to keep sharp, and if you keep that single motto alone, probably all your performance bases are covered. I mean to remind that even cave men practiced their spear throwing, they had to, and then we moved on. Life has gotten way more complicated than tossing pointy sticks and just about every job, chore, hobby and skill has multiple layers of mental and physical performance that are stabilized, honed or slowly disintegrate. The concept of “perishable skills” has evolved into our vocabulary after we stopped just cave man grunting.
The first time I heard about “perishable skills” was in police training a very long time ago. But we all heard the phrase “use it or lose it” and versions of advice thereof for decades. Older-timers heard of it for centuries. The term “perishable skills” is another fancy way of saying use it or lose it.
In policing, topics like driving, handcuffing, verbal skills, firearms, strategic communications and less than lethal are skills have been deemed perishable, that LEO’s must stay “up” and current on. But there’s never enough money or manpower to enforce rigorous training cycles. In the worlds of combatives, martial arts and combat sports, we center in on hand, stick, knife and gun methods.
How long before perishable perishes? In hot pursuit of training ideology, various US state police and military, even in the business-world, training criteria has segmented the disintegration times into three categories:

How were these timetables developed? By whom? For whom? But, organizations have to start somewhere and justify their timetables. We were once inundated with the “10,000 hour to expertise” training-experience rule and this idea was most recently promulgated by Gladwell’s “Outliers” book, but then we quickly learned from about a ton of experts that everyone is different and “hours-to-expertise” differ greatly, person-to-person. Just look this subject up on the web. (And quit quoting the 10,000 hours rule, people!) I too would like to suggest that such time limits are arbitrary and discretionary because all people are different. This established, we might therefore, logically think that “hours-to-perish” is also different too for different people. Everybody is different on both the up and down sides.

At or near the end? There has been considerable study in these performance matters and the topic of tennis is often used in sports performance testing and analysis. So, I will use a quick tennis analogy. Imagine a lifelong super tennis champion, like Serena Williams or Federa. They age, they just lose a step, even though they are constantly working out and playing. Eventually they must retire as fresh kids rise up. They retire to a tennis club and become resident tennis pros. There they teach tennis and so forth. It is hard for me to imagine that a 60, even 70 year old Serena or Federer would not still beat almost ALL “normal” tennis people in the neighborhood, country club. I think this because they have indeed accumulated so much time in the enterprise that even Serena and Federer, at their near-worst, are still above-average, darn good tennis players. Aspects have perished, but since they were once so high up, that even with significant perishing, they might still pretty darn good for a long time.
I could go off on an in-depth tangent, deep-dive on this topic and I have in various books, essays and articles, but in summary, it’s simple, I (and we-many) think that perishable skill timetables are highly situational in topic and person. The subjects of multi-layer teaching (in what I nicknamed “triple canopy” teaching – (1) books, (2) films and (3) classes/seminars) and the tricks of retention are related to perishability and are other subjects for other pinpoint essays elsewhere.)
Ol’ René Descartes started that little ditty, “Cogito, ergo sum,” Latin for – “I think, therefore I am.” And we are human and therefore will stop thinking someday. Perish the thought! We’ll slow down and stop…playing. So, “I perish, therefore perishability is inevitable.”
But while we are still alive, kicking and unperished, we can use that caveman idea that we humans need to keep tossing spears, keep training to keep sharp and this simple caveman idea instantly covers all your bases. It’s always nice when extensive research still matches with, and backs up, your definition of common sense.
You still might end up a pretty good ol’ pro at the old Caveman, Spear Pro Shop and Country Club. 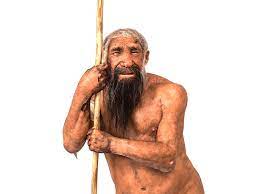 More on this subject https://www.chieflearningofficer.com/2020/10/29/skills-arent-soft-or-hard-theyre-durable-or-perishable/ 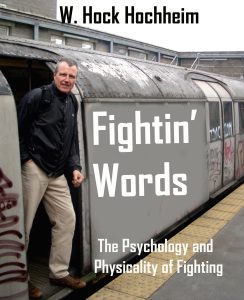