Our tenement apartment building was ravaged by a fire two days before Christmas way back in the 1950s. This put us homeless on the streets of Union City, New Jersey. I was about five years old. Our apartment had been two rooms, a kitchen and a living room. No walls. One big open area. My parents opened a couch into a bed, a “hide-a-bed” as they called it, right in the kitchen-dining room area to sleep. I had some kind of small fold-away bed, too. The apartment was one small open area with a bathroom about three or four stories up. Millionaires had elevators. We had creaky stairs. My grandparents lived upstairs.

The fire was one of my earliest memories. My mother, grandmother, and a wee, small boy (me) were walking up Bergenline Avenue when my mother spotted thick smoke in the late afternoon sky ahead of us.“Look, Momma, look at that smoke!” my mother said to my grandmother.“Oh, I hope it’s not our place!” my grandmother said. I heard that. I remember that. I saw the smoke clouds too. I remember that because it was indeed our building. Within minutes, as we got closer and closer, we knew it was.

My grandfather had been napping upstairs on his couch. The fire-truck sirens woke him up; and he ran upstairs to the sixth floor, broke down a locked door, and rescued a crazy old invalid lady. He threw her over his back and ran down the stairs. Firemen saw this and helped him at about the second floor. They said she screamed and grabbed at all the banisters along the way down.

Then he spent the rest of the time helping firemen with the hoses on the fire trucks behind the building. I still vaguely remember seeing him in one of those white tank top, muscle shirts and dress pants, covered in soot, and helping the firemen. His t-shirt was tucked in. He wore a dress belt. Even at 5, I was impressed with my grandfather that day. A rescuer. A helper in an emergency. He was a hero at least that day. He was pretty much a loser in life, an ignorant, unemployed, or poorly employed drunkard in fact, but not that afternoon. The inconsistency of heroism. According to Julius Caesar, “All glory is fleeting.”

The building was quickly gutted. An old tinderbox. We lost everything. We retreated to the nearest safe street corner with the rubberneckers. And another first memory of mine was seeing my father walking down a side street to us. He got the call about the fire at his factory job, and they let him off work. He took the bus up Hudson Boulevard from Jersey City. It was dark by then. Flames, sparks, and smoke curved over the side street. He was just a silhouette on the city sidewalk under this blazing red overhead show, but I recognized his walk.

An Italian guy owned a furniture store on that corner. He and his wife let us wait outside the store in the vestibule after my dad got there. My mother was typically hysterical. My dad, ever the WW II vet used to the slog of life, was calm. I remember his crouching down to a squat and lighting a cigarette with his big, heavy lighter, the flames and smoke in the distance. Years later I saw a photo of him in his scrapbook down in that same squat at a calm moment at the Battle of the Bulge. His forearm was resting on his knee, the ever-present Camel cigarette dangling in his open hand.

The fire raged on, and we couldn’t leave. We didn’t own cars! And we didn’t have anywhere to go if we did. Our relatives lived miles away; and they were also poor folks in small, tiny, shared apartments. The store owner and my dad towed some old used furniture out of the store and into the dirty hallway outside it.

That night after the fire was extinguished, we slept out there on two or three used couches under some mover’s blankets. The owner had to eventually lock up the store and go home. Unable to fall sleep on a small couch, I saw my dad pee in the street in the middle of the night. Later, I did the same. I lay there on the couch looking out at the dead-of-the-midnight street. I guess a sense of fleeting detachment stuck with me from that moment. Plus, I saw the calm of my father. The heroics of my grandfather. My hysterical mother. My first real memories of life came from that night.

They took up a collection at the can factory for us. I remember that. We begged and borrowed for a week or two here and there, much of which I can’t remember except for feeling like a refugee. It was a moving blur. You know, there weren’t many hotels back then, not like there are today. And I don’t know what we did that actual Christmas Day. Where did we go? There was no official Christmas that year. My parents cobbled it all together and got another apartment on a street closer to the Hudson River in a small city called West New York.

They are all dead now. Only I remain. I think about that fire just about every Christmas. Not every Christmas, but many, especially as I get older. I did this time. I think about sleeping in that dirty hallway of the furniture store. I learned that things could go to hell in a minute, blow up, burn up, and disappear. Best not cling too dearly to things. Best not.

I learned that you could look up in the sky and see smoke and then look down and realize that it might just be you who’s on fire.

This story appears in Hock memoirs/police books. Get the paperbacks or ebook downloads, or collect the beautiful hardcover. Click here: 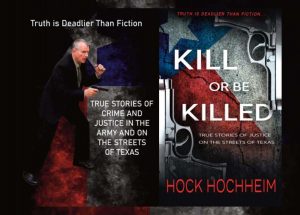