Binge and Purge – The Martial Arts – Or, How I Learned Not to Need Subsection 3B of the Ukulele Islands Miasma Fighting System

I was watching medical doctors discussing things in a lecture and one said, “Remember back in med school? They told us that 50% of what we are learning will be disproved in ten years.” The board of doctors all nodded. 50% is a lot. In a way, in all fields, the sands can shift under your feet too.  Psychology, medicine, science, athletic performance. Fighting. Acne removal. Shoe polishing…prepare to be wrong. 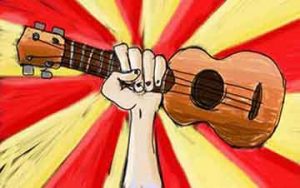 There is a usual amount of talk about the evolution of the martial arts through the centuries and in recent years. The islands of Hawaii were a filtering point for many martial methods as they passed from Asia to the USA. Bruce Lee publicized the barrier-breaking ideas of Jeet Kune Do. MMA (with ground n pound) has evolved to maximize success in sports fights. MMA fights are great laboratories.

I am known for confessing that I am not in love with martial arts per say, nor am I addicted to any one, two or more of them. Per say. I seem to have other odd motivations. These motives have somehow caused me to travel and teach. People say to me,

“It must be great to travel around and do what you love.”

Why did I learn a lot of stuff? What motives? I have a very odd, sickness or obsession about tactics, since I was a kid. I don’t care where it comes from, but rather how valuable they are. I am not a historian, pigeon-holing methods into period pieces. If I know that history stuff, it’s just by accident. I suffer from a neurosis that has no name? Martial Syndrome? Martialitis?

I am not a copy machine, replicator of old stuff for the sake of hero- worship, or system-worship.  I want to evolve or even de-evolve if need be. So, like the doctors mentioned above that some things are fixable/replaceable? Smarter, better? Replace it. Since I don’t care about martial arts…per say…I don’t really care about collecting a dead (or living) guy’s subsections of subsections.

After years in “Kuratey-jujitsu” since 1972 and military and police tactics, some sort of sickness then switched on in my head way back in 1986 when I saw the Inosanto/Bruce Lee approach. I can honestly say that not a single day since 1986 has my mind not thought about, or wandered to, some kind of martial subject. Obsessive thoughts. Pervasive thoughts. It’s unhealthy.  I don’t know why. I could collect baseball cards or stamps or bowl like the Dude Lebowski. Instead I collect…hand, stick, knife, gun tactics. Are there any drugs for this malady?

And in pursuit of this collection, I have a peculiar paranoia. Not a typical paranoia, like a fear of “the streets” and being “attacked.” Not a paranoia of what is lurking behind every corner. Not that kind. Not that those things don’t cross my mind, but rather I have a serious fear of…”missing something worthy.”

WHAT am I missing , I fear? Who is teaching what? What do they know that I don’t know? How far am I falling behind? What’s that move? That drill? After all these decades, I do understand that most martial things for me are redundant and repetitive, and there is a lot of repetitive bilge. But maybe not sometimes? When you suffer from this malady, the desire to collect and fear of missing something,  you have to keep eating – and you can’t help yourself –  but…but…eat and purge. Eat, eat, eat and then purge.

You know that bad news about eating/binging and purging. People can die! It rots your pipes! But many people don’t die. In the process they seem to retain enough vitamins/mineral/nutrients to stay alive!

New for the sake of new…is not new. This has been going on a long time for marketing and business. And the grass is always greener. People fall for the esoteric just because of mystique. In the USA, the new “pain rub” medicine must come from Australia. In Australia, it must come the USA. You need to have an educated eye to see through this manipulative crappola.

After these last forty-odd years of odd study, working with smart people, sparring with and without weapons, shooting sims, arresting hundreds of people and working assault, aggravated assault, rape, robbery, attempted murder and murder cases. I have an “eye.” While I am deficient in so many, many things and ways, and I cannot do many things, I do have an evolved eye for fighting things. I can dissect them. And now more than ever I see the vast number  of tactics and techniques on all these video clips. I can instantly spot the esoteric, flashy unnecessary moves people do. And sadly I can see the salivating onlookers, so naively impressed. They often fall into cult-like hypnosis and hero worship over “new-that-ain’t-new,” or some fall into utter nonsense. Often what I see them do what they do, I can cut in half, even thirds, but what’s left ain’t sexy or cool. 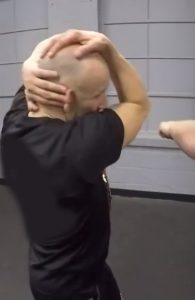 (The…ahhh….sexy “Turban Defense,” as in over-wrapping your head, way too often because…because… ahhhh….well….)

I hope this sort of time and grade maturity reaches the salivating masses someday? But I also want everyone to be happy, to pursue their hobbies too. If you know you are addicted to the artsy  esoterica? Then fine. Just know you are.

And so, my paranoia. My paranoia. Am I missing something? I will always be looking around, feeling inadequate. And I will go with you to see Miasma Swami Jo-Jo Lukahn teach his subsection 3-A and B from the Ukulele Islands. I’ll fool around with it a bit. Sure. But, I will most likely purge it later as redundant and unnecessary.

Email Hock and get his free news-blast newsletter. 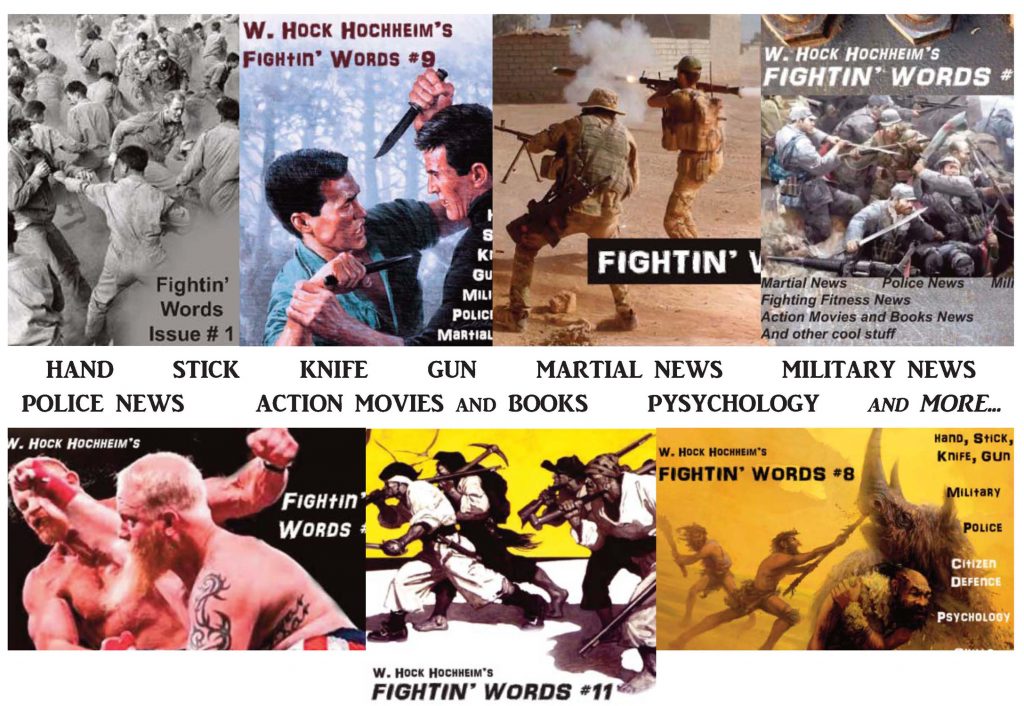