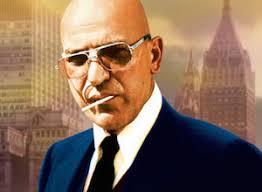 There has been much ado these last years in training/seminar circuit about pre-fight indicators. Instructors present a list that has actually been around since the 1970s. So new? No. Just new to new people, that is. Through those early years the list rarely filtered down into the local “kuraty” clubs, so to speak, so its later arrival decades later, was big. I wonder if the “pre-fight” fad is dying down a little? And how many pre-fight indicators end up in a shooting or mutual gun fight?

It seems that most pre-fight indicator lists, and their courses however have been about “boys in bars fighting.” Not about criminals and crime. The advice covered is about what a angry person does before he or she hits you. Which is a crime, but not a premeditated criminal plan-ambush. Not that these emotional “sucker punches” aren’t important too. Criminals about to attack you also have biological symptoms too. So for the record, we list are the classic tips.

What are Some Tip-Offs He May Attack You? This info was first taught to me in the 1970s at military and Texas police academies. I’ve collected it all, adding some, and the list is in my teaching outlines since the 1990s and in Fightin’ Words book. Since you are not reading those now, you are reading this, here they are for you here.

Now, I do not want you to over-emphasize this information as some kind of cure. Just read over the list and keep it in mind. The list was created and repeated here because these tips/events have happened. I have seen them when dealing with people for decades in this upset and angry, drugged or drunk “people business” called police work.

When a person becomes stressed, angry and aggressive, his or her body reacts, not always, but sometimes demonstrates some changes. Here are some of these changes that research, history and experience may induce a sudden attack/leap upon you. Many people suggest that in a real fight situation, a person has no time to read these clues. Sometimes, yes, I agree. But, this is not always true. Sometimes there are confrontations and people do have the time to see these tip-offs. Every professional and every citizen needs to read this list and at least become aware of these points.

Obviously the clues vary from situation to situation and person to person. But, better to know these on the list, than not, or to ignore they even exist. I have seen them unfold myself on polie calls and arrests.

I want to say that I have found one of the biggest tip-offs to trouble is a crouch! When the other person crouches. This is a springboard to athleticism. Not only might they attack you, or run off, in the gun world, people have a tendency to crouch and draw knives and guns.

Head Examples
– His eyes bulge.
– He has that 1,000 yard stare.
– He ignores you.
– He squints.
– He assesses your body parts and gear as potential targets.
– His mouth becomes dry, creating odd lip and jaw movements.
– His teeth clench.
– His voice changes.
– He actually, clearly voices violent intentions.
– His words become spastic and distracted.
– He twitches.
– His nostrils flare.
– His breathing increases.
– He takes one big sudden breath.
– His face color changes, maybe reddens or pales.
– His veins bulge.
– His chin tightens, or drops.
– His neck tightens.
– His jaw juts (dumb but he still does it).
– He babbles as though his thoughts are not guiding his voice.
– He doesn’t babble and actually vocalizes his plans of attack.
– He actually tells you his plans! “Why I’m gonna…”

Hands and Arms Examples
– His arms swing, maybe with body turns (a big deal and easy cover for a sucker
attack).
– His fingers and fists clench (blood leaving those extremities).
– His fingers drum surface tops.
– His hands shake.
– He extends a hand to shake yours. Could be a trick.
– Hands go to weapon, carry sites on the body (previously listed)
– He turns away (critical sucker punch set-up).
– His hands and arms travel to near obvious pre-fight postures and positions. He positions his hands high on his chest, neck, chin or head. Raises up to  seemingly innocent, high positions as in a fake head scratch, like a yawn or a stretch.
– He strikes a pre-fight posture, such as a boxer.

Body Examples
– He raises from a seated position.
– He tries to wander.
– He bends slightly at the knees.
– A sporty body crouch (is never a good sign).
– He gets too close.
– His body blades away from you.
– He suddenly takes off his shirt, jacket or watch.
– He “expands” his chest.
– Heel and toe tapping.
– Positioning near potential improvised weapons.
– Shirt lift about his belt line (this is NEVER a good thing).
– Keep adding to this list.

Pre-Crime. But, what of pre-crime indicators? I am not sure that the average Joe and Joan grasp the fact that the thrilling, pre-fight indicator list can be quite different than the PRE-CRIME indicator list. Oh, and I can hear the snoring already beginning because this now reads like…“crime prevention.” BORING! Huh? Crime prevention is often cluttered with “locking your doors,” and “putting up outdoor lights,” and…and…still awake? Still reading?
How does one…pre-crime? How do you detect an ambush crime?

Pre-crime studies are different than pre-fight studies. And I believe that while many virgin schools and virgin seminar attendees are so happy to hear about “fist clenching” and “1000 yard stares,” that the presenter and attendees miss the crime prevention aspects.
Stopping rapes, robberies, abductions/kidnappings, home invasions and murders. Who, what, where, when, how and why do you get ambushed into a crime? Sometimes there’s a little overlap between the two categories, sure. But pre-crime is different and diverse. For example, there are usually little if any pre-fight indicators in a criminal ambush.

For one example of a study area for pre-crime – I wrote about this in my book Fightin’ Words. I worked a rape once by a bus stop. In the daytime, this ¾ enclosed bus stop looked normal and safe. A curved sidewalk ran behind the little clear, plastic edifice. In the middle of the walkway, beside the curve was a small grassy area, then tall fences of an apartment complex. This area had a gigantic bush-looking tree next to the sidewalk. Looks safe and normal. In the daylight. But at night? It was a trap. Poorly lit. A college girl walked by and was snatched by a thug from behind this bush. When called out to the case, I saw this scene at night and could see what a trap it was, from a criminal mind perspective. Daytime? No. Night time, yes.

Geography, plus architecture, plus criminal mind.

(Just a side story about the crouch. Years ago I attended at Simunitions course alongside some police officers, some military and some gun instructors. Long story short, I shot a man with a camera. The suited-up trainer stood before us and did or did not do something. We students didn’t know what he planned. The guy’s hands were behind his back. He put a hand up front and held an old an old school camera and I drew and shot him in the chest. One-handed. The other attendees hemmed and hawed. “Hock shot a cameraman!”
The training was filmed and at the end of the day we watched and commented. My cameraman/death part came up and I squirned a bit in my chair. But then we saw why I drew and shot. The trainer crouched. Deeply. His hand came out like a fast pistol draw. His hand on the way, twisted into a vertical looking grip. His eyes inside his face shield went wide.
This all happened so fast, I nor anyone caught this to comment. But on the film, we got to see why I drew and shot. “No wonder he got shot,” One said. The trainer completely replicated a quick draw but produced a camera instead. This is not how a person, when questioned, would show he held a camera in his hand. But…I still shot an innocent person. At least it was in training. Gun people in training need to have humans in front of them doing things like this.
The crouch is a real sign of trouble.)