Ben Mangels died in 2015. Age 78. I lost touch with him about 2013. His wife got sick and he kind of dropped off the grid, so to speak. If you’ve been to some of my seminars his name comes up periodically as important to me. He left South Africa decades ago for several reasons and wound up, oddly, in north Texas. He started training police (mid-to-late 80s and early 90s) when the McKinney, TX police department stumbled upon him, and that was when I first met him. They initiated a series if seminars with him. 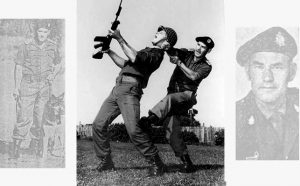 The seminars were great but when I enrolled in his regular Dallas area classes, they were were, more or less classical Jujitsu in a gi (and not this new, BJJ, Brazilian wrestling Jujitsu, they were old school). But, I got a lot of Jitz up where I lived already and in my martial arts associations, minus the truly horrendous Dallas, rush hour traffic to get down there and see him, and back on week nights. I did a three month contract and me and my family, and police hours, couldn’t stand the schedule.

So instead, I stuck with the frequent seminars, which was a mix of so-called military and police combatives that was his blend of karate, boxing and jujitsu (and knife fighting). The seminars were great! (The mix. 1980s! And young people today think they are inventing stuff. HA! Triple ha!) I have to say, his approach was very inspirational.

For several reasons I won’t publicly detail here, he eventually left Dallas for the northwest USA. Had too. (But in a quick summary, his 70-year-old self, bare-handed, beat up a way younger idiot attacker pretty badly, in seconds, in a road rage incident caused by the young idiot. How many angry idiots think that they can beat up any old man…who happened to be…a freakin’ Rhodesian and South African killer-commando? Oh-oops!)

He moved to the northwest. Had to! Later, his daughter married a gun range guy ( – in… Michigan? – I can’t remember where) and the son-in-law smartly tried to get him to teach there sometimes. But that attempt burned out when his wife got sick. So he stayed home with her.

His experiences in Africa would fill books. But, his public martial arts instructor persona would not allow for these violent experiences. But in the police survival, combatives training he let it all out. Wow. We would hear the stories. This guy did a lot. And you won’t read about it in the “proper” web bios. You won’t read about his Rhodesian times on the last, vanishing, remaining webpage comments about him. 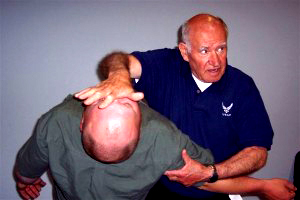 Some of it is very bad. Yes. He told me once he was very troubled with very bad memories and nightmares (his Rhodesian experiences and the South African “rebel,” “bush wars” are all missing from his politically correct bios.)  He told us that in those, what was deemed race wars, they were also fighting the Communist Cuban Army too and they were in fear that S.A. would become communist. In the end, he ended up in the South African Military Police. Mängels became an officer in the South African Police. He was at times the chief Close Quarters Combat (CQB) instructor to elite special forces units, including the South African Army Commandos, South African Naval Marines, and British Special Air Service (SAS).

The last time we talked on the phone….2010? 2011?…he asked me if I would produce a series of videos with him. Of course I would. He complained – worried that he was old. But I said in such films, he would coordinate/teach and younger guys would actually fight on film. Then in our discussion, he asked me “could I be sued?” You know, if he showed something on film and somebody misused it. I said, “welllll…I guess its possible…but….” And that was all he needed to hear and he didn’t want to make any video series. That would have been a great series.

Ben warned that “unarmed combat does not make someone unbeatable. If thrown overboard, you might not be a strong swimmer capable of swimming to shore, but if you have had some basic swimming training you might be able to hold out until rescued, With some training, your odds of surviving are better than if you had no training at all.” 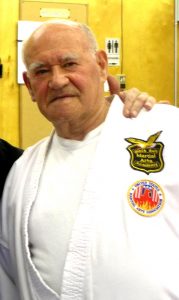 I was essentially a regular Mangels seminar attendee other than those 3 month, few nights a week, stint at his classical jujitsu class.  His biggest influence on me was his seminar “rough and tumble attitude” and his knife material, as I tell people in seminars. It made me cut out a bunch of unnecessary martial arts knife material cluttering up my mind.

There was no one quite like Ben Mangels. When he moved, I was able to “send/introduce” two of “our guys” who lived up northwest to train locally with him. One actually got a jujitsu black belt from him.

Years ago. And here in Dallas, our regular student Kelly Redfive lived near him and attended those Dallas classes. Kelly has great memories of him. We had to swap notes as he was in that regular jujitsu class but  Kelly- not being a cop – could not attend those police seminars. It was a rough, simple  jujitsu.

It’s late but, goodbye Captain. You left your mark! You surely did. 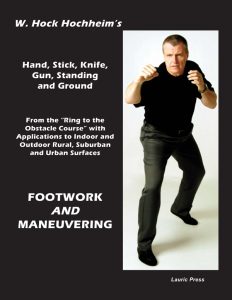