I would like to identify two types of physical attack "starters." But first, as for situational starters, when I often say –

"life is either an interview or an ambush," 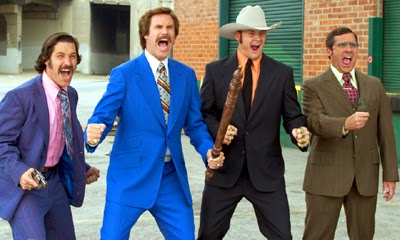 … and I mean that it is in the most broad and generic of terms. Whether in business, marriage, child-rearing, or in gang fights, you are either surprised (ambushed) or have a few seconds or even longer trying to figure out what's going on and take some course of action (which would be the interview). So, in the most generic sense, most fights, even arrests, start this way. A clever person once added that, "You could have an interview to set up the ambush or an ambush to set up an interview!" But it still starts with these two terms and situations.

Having covered that set of two very broad, primitive ideas – the interview or the ambush – which also is the subject of another essay,  let's be even more definitive then in a category of two actual physical, "fight-starting movements and moments," because this smaller, refined slice of a fight is important enough to discuss. Very important, especially when it comes to training methods. I have come to believe that many people train one way or the other way, but rarely both ways with the proper priorities.

The confronting aggressor does two common fight starters in the Stop 1 "showdown" of our Stop 6 – the Stand-Off confrontation and the Mad-Rush attack. You might summarize with the phrase "close and not close."

Close or Closer – The Stand-Off/Confrontation. He stands before you with his routine, be it the stare down, the bullying threats, or the yelling. Finger pointing? Even stupid chest bumping. You know what a bully does. You know what the instigator does. The pusher. The prodder. He's the troublemaker and the sucker puncher. 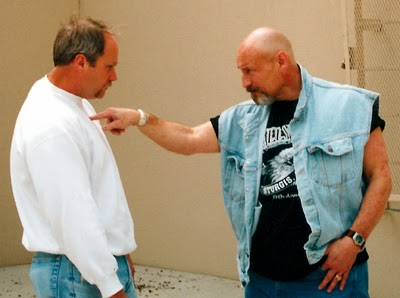 His measured and acquired distance is usually way too close for natural comfort. You try to fix that quickly and move, and he dances in and around with you trying to maintain that distance. This attack starts too close and tries to stay too close for comfort. Lots of sucker-punch problems here. Lots of strikes and not from a classic fighting stance either.

I know instructors will bark at you that you screwed up by letting him too close, but let me warn you that this sudden, surprise closeness can and does happen to the best of us in real-life situations. In a flash! I should know. I, too, have been jumped despite all the warnings I spout. If you think you cannot be surprised like this? You are naive.

Not Close – The Mad Rush. I had coined this term for our training programs back in the 1990s and made…