"This fight or flight reaction is not an 'all or nothing'; it operates on a continuum. A mildly, moderately, or profoundly emotional experience elicits a mild, moderate, or profound autonomic reaction, respectively." – Dr. V.S. Ramachandran, world-renown neuroscientist 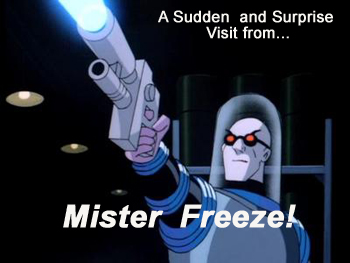 "Fight or flight. Fight or flight. Fight or flight." Heard that tune before? Chances are you have. Chances are every instructor you've ever had has regurgitated that mantra before you. It is quick and catchy, almost like a song really, and so easy to remember. A snappy alliteration. You probably have locked the three-word, two-prong, catch phrase deep into your “these truths we hold to be self-evident” inner sanctum. The special place things go that never get questioned. The doctors we quote here later call it “ingrained assumptions.”

Since the early wars with stones, clubs, spears, and swords, the militaries of the world have grappled with issues of bravery and fear on the battlefield, but the whole "fight or flight" catch phrase really seemed to begin as a psychological category in the very early 20th Century. The issue was rubber-stamped into posterity in 1929 by one Dr. Walter Cannon with his original formulation of human threat response – "the fight or flight.” I repeat – 1929. Cannon stated that "when frightened, we flee or fight."

Fright – defined as fear excited by sudden danger, from something strange, sudden, or shocking. Sudden ambush. Some of the greatest armies of the world were defeated by ambush, as well as some of the best solo fighters. The University of Washington uses a popular “angry bear” example to explain this, an example dating back to the 1930s and copied by so many "downliners" to describe the shock/surprise event. 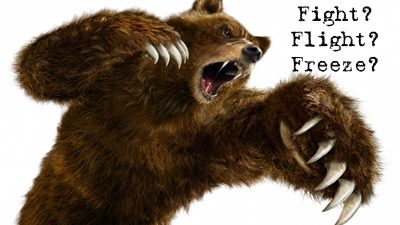 “It is a nice, sunny day. You are taking a nice walk in the park. Suddenly, an angry bear appears in your path. Do you stay and fight OR do you turn and run away?”

Simple enough as one, two. But somewhere lurking free in our understanding is yet another vital “F-word,” freeze. From the cavemen confronted by the saber-tooth tiger on the prehistoric veldt to the soldier in Afghanistan, they, and we gathered here, all see and understand the … big freeze. We all intuitively know that we must include “Fight, Freeze, or Flight,” in the first milliseconds of an ambush of any type. These three Fs are utterly and intrinsically connected to this. Okay, we know this, so what does the latest research show? Modern experts agree and can also now define and refine that not all freezing comes from fear or fright! You may freeze when shocked for several biological reasons that have nothing to do with bravery, courage or lack thereof.

I began reading about these other two Fs – Fright and Freeze in the 1990s. I grew impatient with the constant repetition of Cannon's lonely two words, Flight or Fight. Also impatient and tired with the over-simplistic, two-prong Fs, in 2004 on the issue of psychosomatics in the American Journal of Psychiatry, five doctors specializing in psychiatry (see list below) petitioned peers to change the fight or flight mantra. In an article entitled, "Does Flight or Fight Need Updating," they began a challenging, yet common sense dissertation on the subject:

“Walter Cannon's original formulation of the term for the human response to a threat, "fight or flight," was coined exactly 75 years ago in 1929. It is an easily remembered catch phrase that seems to capture the essence of the phenomena it describes. It accurately evokes two key behaviors that we see occurring in response to a threat. This phrase has led to certain ingrained assumptions about what to expect in our patients and, because of its broad usage, what they expect of themselves. It is a testament to the foundational significance of Cannon's work that the term he used continues to shape clinical understanding and to influence popular culture's understanding of stress as well. But the phrase has not been updated to incorporate important advances in the understanding of the acute response to extreme stress. Specifically, the term ignores major advances in stress research made since it was coined. Both human and animal research on the pan-mammalian response to stress has advanced considerably since 1929, and it may be time to formulate a new form of this catch phrase that presents a more complete and nuanced picture of how we respond to danger." 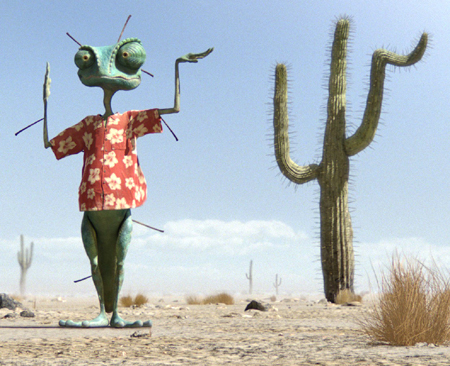 They go on: “The phrase 'fight or flight' has influenced the understanding and expectations of both clinicians and patients; however, both the order and the completeness of Cannon's famous phrase are suspect. 'Fight or flight' mischaracterizes the ordered sequence of responses that mammals exhibit as a threat escalates or approaches. In recent years, ethnologists working with nonhuman primates have clearly established four distinct fear responses that proceed sequentially in response to increasing threat. The order of these responses may have important implications for understanding and treating acute stress in humans."

The article reminds their peers that people freeze in place for reasons other than fear/fright. One might freeze from a hyper-vigilance and/or by just being overwhelmed by surrounding stimuli, not fear. Therefore, the act of freezing can be clinically different than fright. You can freeze from…