Or…How can we remember to close our mouths in the assaults, or honor duels of life? 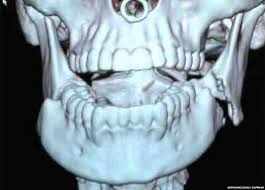 One of my early detective cases in the 1980s was to unravel a country-western, bar fight. About 6 guys were involved. Some were arrested on the scene by patrol. In patrol I/we sorted out the scene and rarely saw the aftermath. But investigators have to become aftermath experts. I caught the case because there were serious bodily injuries, otherwise it would just be another, unassigned, ignored, knucklehead fight passing through the system. Participants would bond out on simple misdemeanors and the disorderly conduct and bruises would fade away. But, sometimes there were serious bodily injuries. I hated to get these cases through time because they were always complicated and messy to – oh, what’s the pop word today – oh yeah…”unpack.” You know, who started it? Who hit who? It’s a messy suitcase.

I set up an appointment for a statement with a mumbling knucklehead on the phone and he showed up at the station. I quickly saw why he was mumbling. His jaw was wired shut! He took a simple hook punch and crackola! Worse, the doctor had to knock out a tooth so he could suck squashed food through a straw. I thought the tooth removal was extreme, but I guess that’s what they did decades ago. Make space for the straw. Adios premolar. He said he had to carry wire cutters in his pocket in case he vomited. And could like…drown in his own vomit. Talk about an emergency. He said he would be wired for almost two months.

This was not my first or last jaw-broke arrest or some-such case, but I think it was my first “aftermath” interview with a broken jaw person.  Through the years I worked numerous, “simple” punches in the face that turned into serious injuries cases, AKA felonies. I have many of these stories but today I seem to be  fixated on broken jaws.

Jaw wiring sounds and looks so bad I was surprised years later to see how many people have their jaws wired to loose weight (and how the modern docs avoid the old tooth removal idea). This diet is extreme, and people still need to have wire cutters very handy.

“But eating is only part of the problem. There’s also a strange claustrophobia that comes with having your jaw wired shut. Try closing your mouth and clenching your teeth together lightly. Now imagine that you can’t move from that position – not even a little bit, not even for a second – for the next six weeks.”- MMA champ Cub Swanson 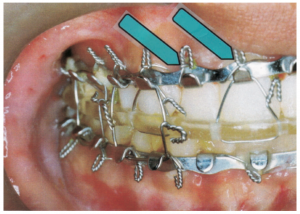 A very common prognosis is 6 weeks wired up, depending on the fracture. WebMD states that men are about 3 times more likely than women to sustain a broken jaw. The American Bar Association reports broken jaws come from:

50% from criminal assaults. I believe these stats are also common in other countries. What can we do about this? I always look to the laboratory of combat sports for great resource info. But, as in all sports, this is of course, why God made mouthpieces. (I tend to use the decades-old term mouth “piece” and not the modern term mouthguard. Mouth pieces today gets confused with lawyers, musical instrument parts and other stuff.)

Give me one moment of your attention as we run the classic facts. Stay with me now…

“Mouthguards are a low-cost way to protect the teeth, lips, cheeks, and tongues,” the docs say. The American Dental Association recommends wearing custom mouthguards for, are you ready, “the following sports: acrobats, basketball, boxing, field hockey, football, gymnastics, handball, ice hockey, lacrosse, martial arts, racquetball, roller hockey, rugby, shot putting, skateboarding, skiing, skydiving, soccer, squash, surfing, …” Their advice ends in three dots, so there are even more hobbies that can’t bother typing them all? Is sex in there? And we can’t forget that even fighters with big gloves and mouthpieces get broken jaws in the ring (see the link below for some in-depth reporting on this and sad stories).

WebMD and Colgate reports – “There are three types of mouthguards. Stock, and boil-and-bite mouth guards are usually found in most sporting goods stores. Athletic mouth guards can vary in comfort and cost. A custom-made mouth guard fabricated by a dentist or orthodontist is considered by many to be the most protective option. The most effective mouth guard is resilient, tear-resistant and comfortable. It should fit properly, be durable, be easy to clean and should not restrict speech or breathing.”

SISU says, “Mouthguards can also protect others from your teeth. Even if it doesn’t hurt you or you don’t feel it, you can easily injure another player with your teeth. If another accidentally smacks their elbow on your teeth, it’s highly unlikely for your teeth to break skin if you are wearing a mouthguard. “

OKAY! Whew, we have officially covered the usually boring, safety briefing stuff. Now lets get…real…(those three dots again). Martial stuff.  We are not playing soccer, but rather punching, palming and elbowing and even kicking the lower parts of heads as a matter of routine.

At the US Army military police academy back in the early 70s, some boxer MP cops ran a boxing program off-hours and weekends to augment the official “combatives” at the academy. As a Parker Karate guy, I signed right up. A coach handed me a little box with a mouthpiece in it and told me it’ll save my teeth and would teach me to keep my mouth shut when fighting. I didn’t know back then he meant shut for “all” fighting, not just boxing. In good theory, rep time wearing your mouthpiece should also reinforce your mission to keep your jaw closed when fighting, which we all know is a key structure for jaw break prevention.

People in the combat-sports-and-defense-business don’t always train with mouthpieces in. Class after class covering methods in kick boxing, boxing, Thai, Krav, combatives, etc. have people doing tons of drills without their mouthguards in place. Copious amounts of all kinds of training is worked on and during so, few even think about their mouth positions, their jaws at all, and least of all shove a piece in for every whole class. Think about this. Think of you. Think of your friends and classmates. Think about your school, organization. If you’re not actually sparring, are you wearing a mouthpiece all of the time? Some of the time? Never?  Do you practice for this? Or seemingly…ignore it? Is the idea ignored in your chosen course/school? 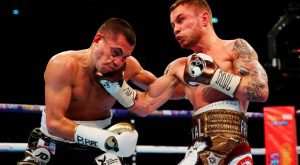 Numerous protected fighters have still had their jaws broken.

I was in a rather popular, international, Thai Boxing association in the 80s and 90s and passed the first 5 levels of 10. There was very, very little actual Thai boxing in the ring with this famous group, but rather a ton of mitt/pad work. There was no strict, organizational rule about wearing a mouthguard in training drills. In fact, think about the sound effects you hear in Thai. With every strike, with every kick comes the standard “whoosh” or swoosh” from pursed lips. The whoosh/swoosh is articulated, not muffled. Such takes a little free mouth and jaw manipulation. No mouthguards evidenced. Tons of class time sans the piece. What then about Jeet Kune Do? Wing Chun? How much time is spent working on a stand-off “duel” like two boxers, and doing entry tricks without an iota of concern about your jaw position. Karate? Stick work?

Now, if there is equal time sparring, you have time and grade wearing a mouthpiece and teaching your jaw to stay shut in a fight. (You can still exhale air malevolently with a mouthpiece). But, it must  be noted that breathing well and fully with a mouthguard is a constantly reported problem by many practitioners for all the obvious “passageway” reasons, and mouths tend to open. Jaws drop for air and from fatigue. Dangerous times!

While people can be assaulted on the proverbial “streets,” fights happen everywhere. Domestics in houses. Workplaces. Rec places …yes… country western bars, and 50% of all broken jaws come from  these assaults.  It stands to reason, you won’t be wearing a mouthguard when attacked. But you can practice in one and develop good , teeth-gritting, “muscle memory.” 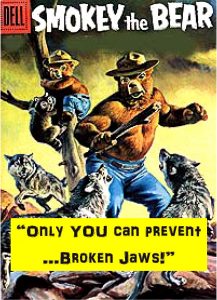 Are you? Is your school/course geared for self defense? The piece helps keep/train our jaws to be shut, like a prop, and secure when we are attacked in the “outside” world. In real life, we don’t have or fight with mouthpieces. They just don’t seem to be handy. They are in a smelly little container in gym bag somewhere. How does this spell out for you? We have to remember to close our mouths in the assaults or honor duels of our lives.

It’s just something for you to think about. It’s a topic practitioners should consider, discuss intelligently, and have an opinion on, one way or the other.

(One quick, side story. I know a Russian bar bouncer in Australia who had a  bouncer friend with a successful de-escalation trick. When the friend was having an elevated confrontation with a customer. The friend would put up one finger, reach into his pocket and pull out a mouthguard. He’d insert it. That act alone often quelled many disturbances.)

Like the nature of these essays? Click here and get Hock’s Fightin’ Words book for way more.