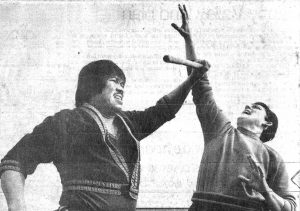 (I remember one Inosanto seminar many, many years ago in Irving, Texas where, for about 2 or 3 hours on a Sunday, we did left-hand sumbrada. It freaked all the experts out. We became bumbling idiots)