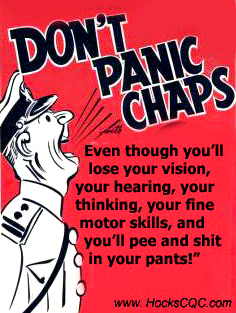 Vietnam. I was a little too young to be caught up in that maelstrom. I enlisted in the tail end of the conflict, (later, in 1975, I did assist in the evacuation). But, in technical terms, on the D.O.D. books, I am somehow clerically considered "Vietnam Era" on paper records, even though I am not an actual Vietnam war vet. I did get to serve with many vets of the official war and many tell a story on the typical Nam tour of duty length. You can still find these official numbers below in easy research.

An average "bungle in the jungle" tour of duty lasted 12 months, and one year is still the common trip length in many overseas situations. There were studies written on this and the Nam subject. The studies broke the 12 month Nam tour down into three effectiveness periods. The first period of approximately 4 months, the classic "FNG" (commonly known as the "fucking new guy") was considered to be a rookie, new and rather worthless. The next 4 month period was his best as he slipped into the educated, operating groove, was properly alert and reasonably experienced. And the last few months were said to be his downhill slide! "Worst?" Because he was getting “too use” to the danger, less alert and more complacent.

Now look, these were actual studies and articles from the Army that I read myself years ago. You and I know some individuals may be different than this, but this was their overall assessment. How many kept reenlisting to stay there, tour after tour? A fair share did, and with a little R and R in Thailand or Hawaii and they were back. But in general, the average troop was at first – a little too scared and inexperienced. Second, in the groove. Then, third not scared enough. What does this have to do with adrenaline you ask? A lot. Adrenaline and fear factors into each of those periods and the overall assessment.  Stand by.

To sell a cure? You first need a good, scary poison. Adrenaline has become that poison, a boogeyman in martial training the last three decades. The very term itself – adrenaline is a bit of a catch-phrase for several, chemical hormones. It would be hard for me to pinpoint when the craze happened or who did the very first smear campaign. But, some people back then, must have read these and other reports, and saw an opportunity to sell martial training from a different marketing, angle. Who? In general, it was the first wave of these so-called, reality-based, self defense (RBSD – a redundant term I still dislike) people with their then, newer and cooler programs.

Amongst this crowd, they preached that every hesitation or false step, every human error, every problem a person had small or big, whether they were ambushed or not, came as a result of the evil adrenaline, robbing your vision, your hearing, your ability to think, act and perform. Adrenaline they claim, made you a big, slow, numb, gross motor dummy, pooping and peeing in your pants, etc. with very "boo," This concept, this pitch was used to dumb-down training, dumb-down expectations,  lower achievements and programs to a barest minimum…and sell them. Quicker is better because all people are reduced to babbling idiots in fights anyway.

So yes, the first wave of the adrenaline wonks appeared on the scene about two, almost three decades ago. They came at you hard, with the “real deal,” "insider' sales pitch and a “holier-than-thou” smell. "Step tight up!" Their underlining cause was, “there was no way your bubbling, boiling lizard-blood could be manhandled into a performance above that of a baboon. If you'll just dumb-down everything like we tell you, you might just live to see the sun rise and stay out of a fetal position.”

“Step right up ladies and gentleman and see the wonders of human biology destroy your chance to survive any encounter. But Wait!  Wait! Right here in my hand is this elixir. The cure. If you adopt my form of training you will survive. Drink my potion, you will overcome this Frankenstein and fight off your enemies with a new found confidence and skill.”

To sell a universal cure? You need a universal poison. That poison was adrenaline. But is adrenaline really such a poison? Ask any number of doctors, like Dr. Veronique Mead for one. "The adrenaline response has a number of very specific effects aimed at maximizing survival, mediated by circulating epinephrine and cortisol (Braunwald et al., 2001). These effects include a state of heightened alertness, increased energy with which to meet a potentially difficult situation, and augmented muscle strength (Ganong, 2001). In preparation for battle, chemicals are released into the blood to facilitate clotting, and blood vessels in the skin are constricted to prevent heavy blood loss in the event of wounding (Ganong, 2001). Similarly, blood pressure and heart rate increase and the kidneys retain water, all in support of tissue perfusion and the maintenance of fluid volume in the event of sweating or blood loss (Ganong, 2001). In addition, the spleen deposits red blood cells into the blood stream in order to increase oxygen delivery to muscles (Juhan, 1998), and pupils dilate to let more light into the eyes in order to increase visual acuity (Ganong, 2001)."

Okay! Got that? Quite medical. All of this got screwed around to the negative. "Zero-to-sixty" shocks can be negative, sure, but zero-to-sixty somehow became the standard definition. Also, people have misconstrued terms. Audio exclusion, for example, doesn't mean "losing all hearing," or "going deaf." It can mean (and technically does mean ) "focused" hearing, or tuning out distractions. Same thing with vision. When you focus in on the TV set you are not seeing the pine tree plant in the corner of the room. The same thing in a gunfight. When you focus in on the gunman or the gun in his hand, you fail to see the garbage can on the street corner. That does not mean adrenaline is robbing your vision, or stealing your hearing.

In this physical performance chart prepared by professional sports trainers Daniel Landers and Stephen Boutcher If someone is barely aroused, he is barely adrenalized and not at all stimulated by much adrenaline, if any? He is not excited enough to benefit from the adrenaline boost. Nor should all the proposed ill-effects that naysayers attribute to adrenaline be present. So, you cannot blame adrenaline for actions of the under-aroused. If he screws up? He's on his own. All the proposed negative effects of adrenaline really occur at the very far end of the curve, when the person might suffer from a high, "over" stimulus, matched with a host of other factors too, like physical health and situational factors. In fact, in this whole continuum, poor performance and high over-arousal constitute a small, extreme part of this bell-curve chart that not everyone reaches.

The positive effects of adrenaline are well accepted, and these effects are not unlike the much longer 12 month, Vietnam, performance study. This chart above will apply to police work, as well as sports, or any dangerous endeavor. We eventually get complacent. We get lazy. We get careless. By understanding both charts, the short term and the long term, an understanding and a training model develops. It is largely about desensitization. First it's good. Then it's bad. In the beginning, you get this best only through experience and then second through repetition training in a realistic setting. But you cannot get too desensitized.

"In the beginning, it is all about desensitization. First it's good. Then, it's bad. You get this best through experience and then through realistic repetition training. But you cannot get too desensitized!"

It is scientifically clear that performance is best when a subject is aroused than not aroused, and best when he is moderately adrenalized/aroused, the center of this bell curve. This is true of my own personal experience. I have never felt more alive and more alert, and more clear thinking in many, if not most of my dangerous police times. Being adequately nervous is a good thing. They once asked Frank Sinatra when in his 80s, if he still got nervous when stepping out on a stage after six decades of performing. He answered, "of course I do. I need to be nervous." Of those dangerous and, or challenging moments in policing? I miss them greatly. I miss them the most.

Poor performance may occur from a host of specific reasons. Pain. Surprise. Confusion. Shock. Ambush. Exhaustion. Anxiety in the long term. Emotional rather than intellectual  decision making. Distraction….a whole host of short-term and long term wear and tear-down of a "tour of duty." All situational reasons that may interfere with action. NOT JUST ADRENALINE.

NOT ALWAYS ADRENALINE. To lump all performance problems into one cause is to do a disservice to training doctrine. Once you recognize this truth, you can treat the real, individual poisons. A police officer may not think clearly just because she's worked a double shift. A soldier may freeze just because he was cleverly ambushed. A citizen may not put their key in the door of their home fast enough when being stalked, not because of adrenaline, but because they have simply never practiced putting their key in their door very fast. You may not reload your gun fast enough simply because you haven't practiced doing it on the ground, sideways and in the mud, as well as fast. It's different. Doing things differently.

For myself, and I know for others too, it is also a "zero-to-sixty" issue. How dull and unprepared were you, the very few seconds right before to you were confronted with a shock or action? Zero-to-sixty responses are tough.  I have always done best when I have been a stage or level of being "half-adrenalized," for lack of a better description. This 1/2 stage invokes other topics like awareness and breathing and things so long, we shouldn't cover them in this essay.

Here's an example or a "twenty, or thirty-to-sixty" situation. Racer Tom Rockwell said, "When I raced motorcycles the adrenaline would start to flow on Wednesday for a Sunday afternoon race. What that meant on the track was that I had all the time in the world to make split second decisions when things went south. Your whole life doesn't flash before your eyes; it just seems like there's time to review it all."

To best prepare for the race tracks of life? Use the who, what, where, when, how and why of life, use the latest intelligence to construct the problem scenario. Dissect what might happen. Use experience and research, and repetition training to explore the most probable occurrences on down to the least probable. This is the reverse engineering I have talked about for the last three decades. One of our oldest mottoes is "fighting first, systems second." (And as Einstein said, "keep it simple, but not too simple!" And what was simple to Albert, baffles the rest of us. Simple is a relative term. Need I repeat that? Simple, is a relative term to you and you capabilities, stressed out or not.)

Training will help, but that's not all –  "Culture, upbringing and environmental conidions will wire the frontal lobe in a unique pattern that determine can individual's response to extreme stress," says Dr. Kenneth Kamler, author of Surviving the Extremes.

Many factors influence response. Another major and final point on this subject – can everyone be a